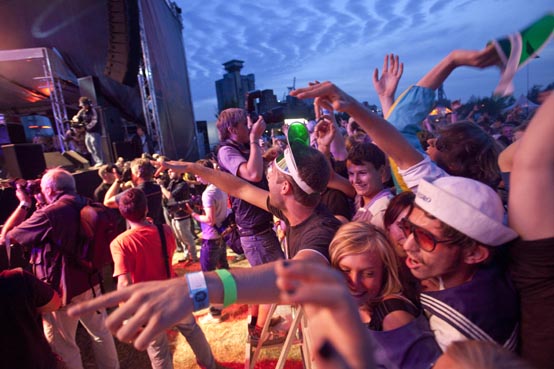 Stefan Malzkorn has covered shows and artist for more then 20 years.

His photographic biography started at Markthalle Hamburg in 1991 with bands like Nirvana, Hole, Tool, or the Smashing Pumkins. Photographing music became the core of his work.

I became the fifth member of a four-piece band and, as my instrument, I played the camera

In 1993 he was invited by the Markthalle to exhibit his photographs. His 1994 exhibition meant the start of a professional career that allowed him to meet artist like Garbage, the Foo-Fighters, Björk, A-Ha and numerous others in person.

Stefan remained and remaines open for any kind of music style.

In thus his work is telling a closely monitored history of a period that saw the rise of Indierock, Hiphop and Techno.

He visited the Loveparade in Berlin, saw nearly all Hurricane-Festivals and is a close friend of Dockville-Festival and its makers.